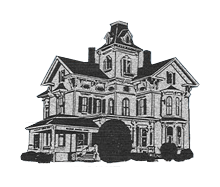 Welcome to the memorial page for

Winsted:  Richard Marcus Dings, 79, passed away on Sunday, August 7, 2016 at UConn Medical Center in Farmington following a lengthy illness.  Born in Winsted, July 21, 1937, he was the son of the late Franklin and Florence (Perkins) Dings and had lived here all of his life.  He was a graduate of The Gilbert School and  an Air Force Veteran.  Every memorial day Richard would place flags on the graves of veterans.  He was past president of the Jaycees (1983-1984) and as part of that organization was instrumental in bringing the community college to Winsted.  Richard was also a 45 year member of the WFD and was Secretary of Engine #4.  His true passion was playing Santa Claus for over fifty years for various non-profit groups, especially the Winsted Soup Kitchen and WFD Engine #4 Childrens Christmas party.  His survivors include two children, Mark R. Dings and his wife Trina, Kelly Ann Thibault and her husband Joe; his loving companion Beverly Reisdorf; three sisters, Betty Kelsey and her husband Neil, Clara Dings and Sheila Sedlack and her husband Steven, all of Winsted; three grandchildren, Tiffany Fedde, Daniel and Travis Dings and one great grandson, Noah Fedde and several nieces & nephews.  He was predeceased by a daughter, Terri Marie Dings.  Funeral services will be held on Thursday, August 11, at 11:00 AM at St. Joseph Church, burial will be at the convenience of the family.  Friends may call at the Maloney Funeral Home, 55 Walnut Street, on Wednesday, 6-8 PM.  In lieu of flowers, memorial contributions may be made to St. Anthony School.  To leave an online condolence, please visit www.maloneyfuneral.com

A service summary is not available